NoBrakes! said:
I've been from Kamloops to the Sun Peaks turn and up to Hefely "rapids", super excited to explore that river more! it was sooo high when we were there.

We were talking about making a trip from Clearwater to Kamloops, and we thought it would be a great trip to do.

Mad river did look pretty wild, and we weren’t quite as far up as the entrance. I think a guy would want a very capable boat with a ton of power before making that trip.

Dooitorbust said:
Heading up the North Thompson, towards Mad river, then south past Little Fort. Fantastic day on the water.

how long does it take to get to little fort from kamloops and can a guy get up past clearwater easy?
B

snopro said:
How do custom rates compare between planes and choppers? I would think in heavy canopy the chopper would drive the chem into the crop better than a plane?
Click to expand...

Well my friend I have no idea, lmao!
I happened to be at work and heard it fly over real low....usually a low flying chopper is Ornge Air headed north east to the Hospital twenty mins away.
I watched this person for about forty five minutes go back a forth over the fields. He'd get to the tree lines and head straight up and barrel roll straight down and swoop over the crop.
Second pic they're headed east, about two thousand feet from where they are there's hydro wires they had to fly over. In hind sight I wish I'd taken a video, it was pretty freakin' awesome watching. It was almost like watching a carney ride.

Cableguy said:
how long does it take to get to little fort from kamloops and can a guy get up past clearwater easy?
Click to expand...

Cableguy said:
how long does it take to get to little fort from kamloops and can a guy get up past clearwater easy?
Click to expand...

I honestly don’t know, we only had a few hours to play around, but I’d love to find out.
We unloaded in Blackpool, headed North to the Mad, then back south to about Darfield. Lots of spots to play, and sand bars to hang out on for the afternoon. 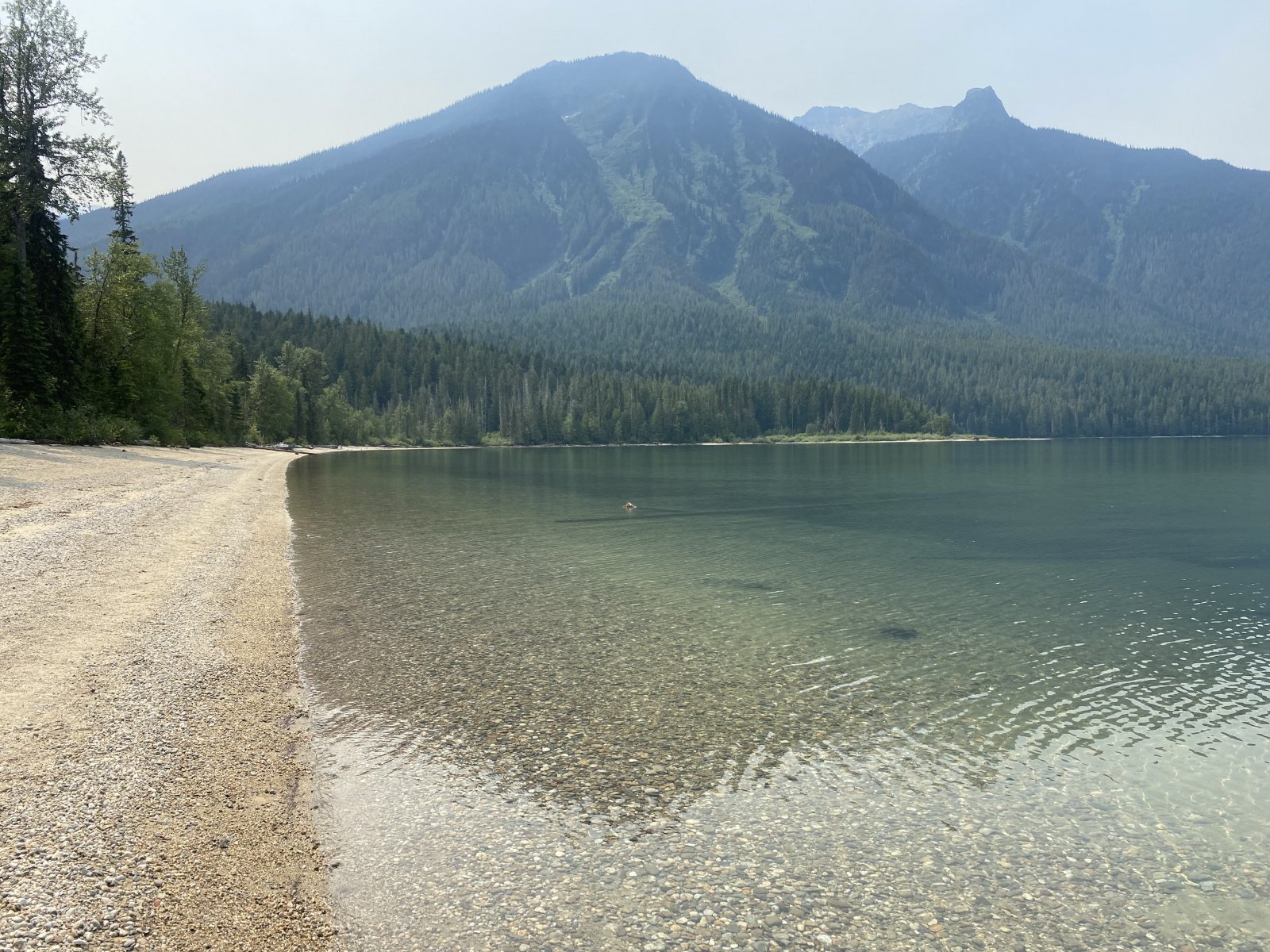 I cut those up into 1x1' squares to be analyzed. We use 36000psi water and powdered garnet. They are about 6-8" thick in the thin spots. LOTS of steel belting.
Red stuff in pick is garnet. 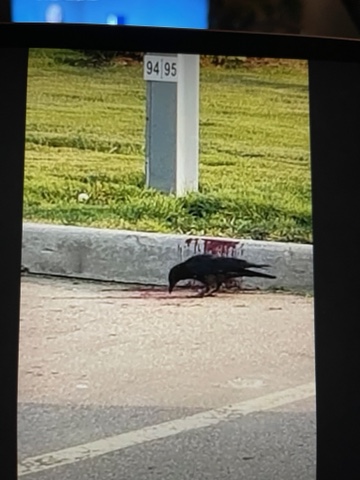 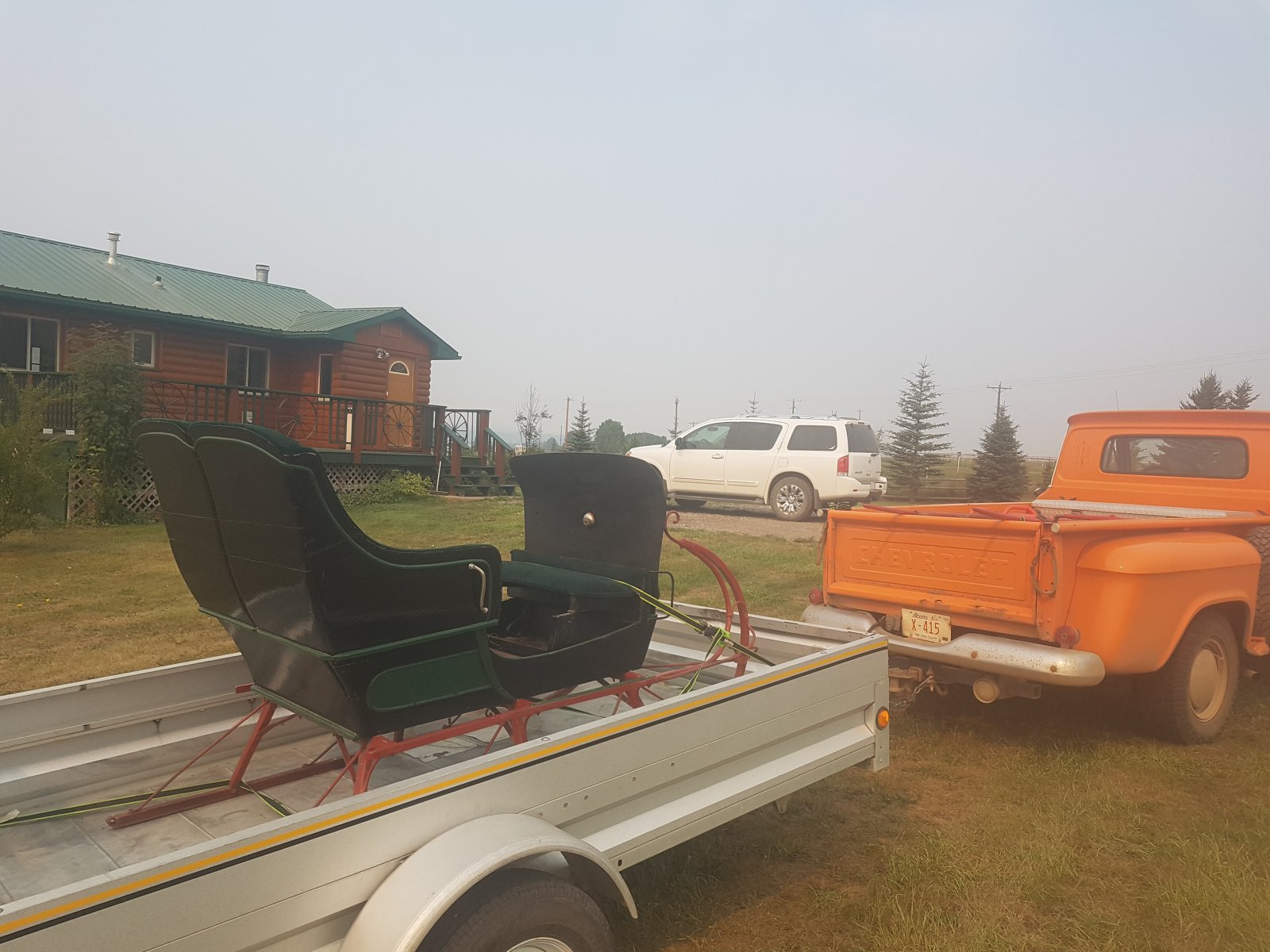 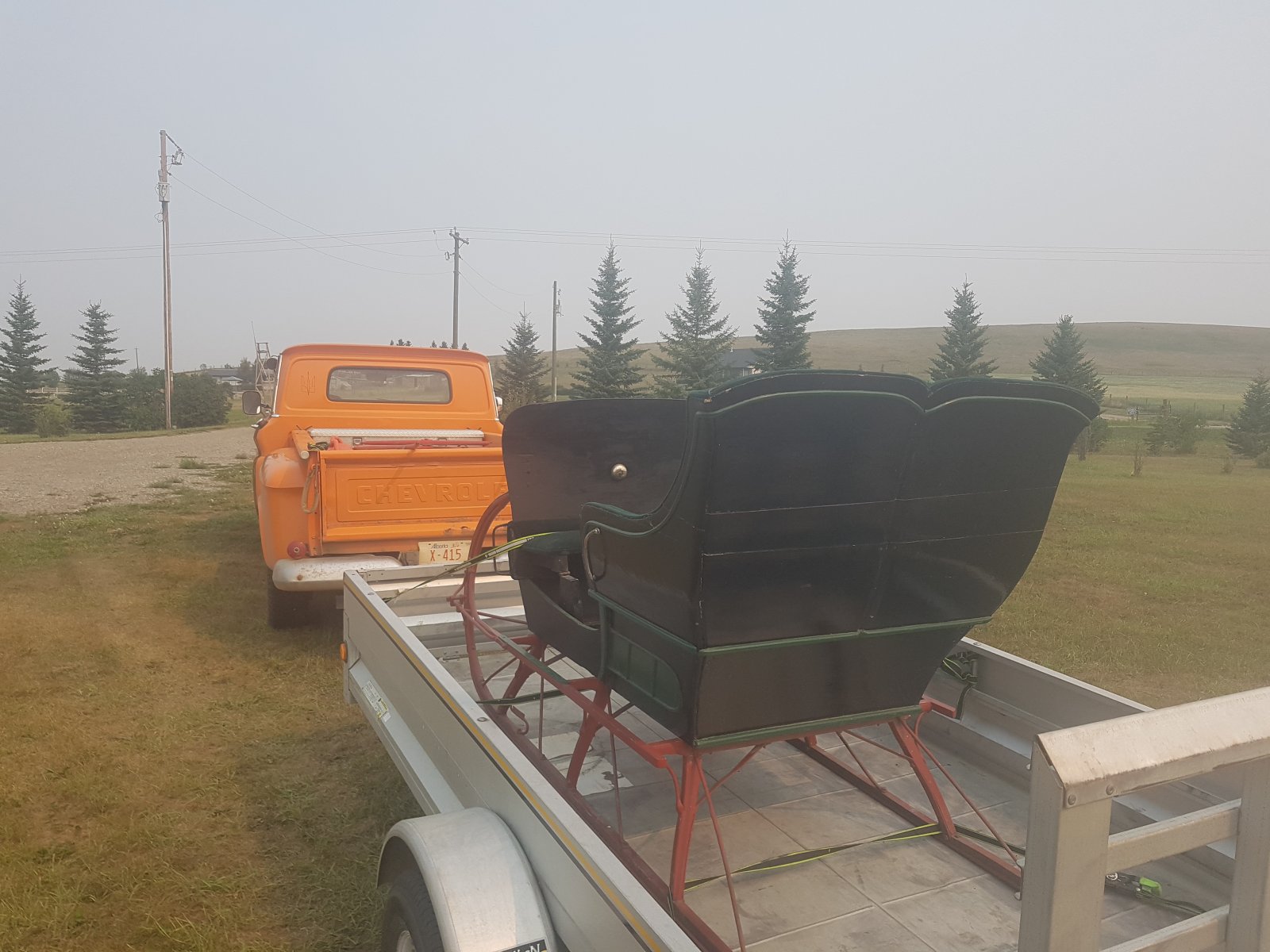 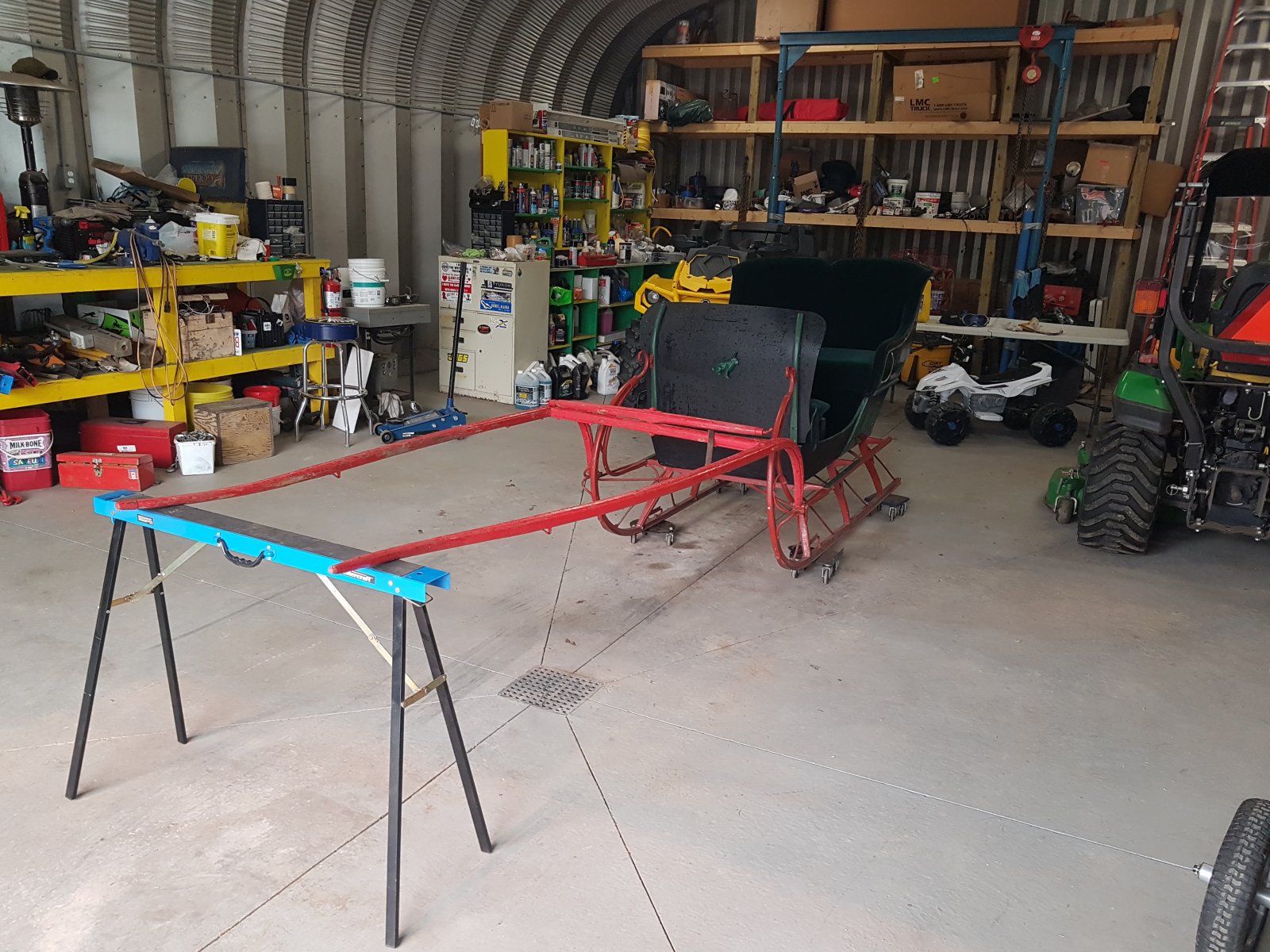 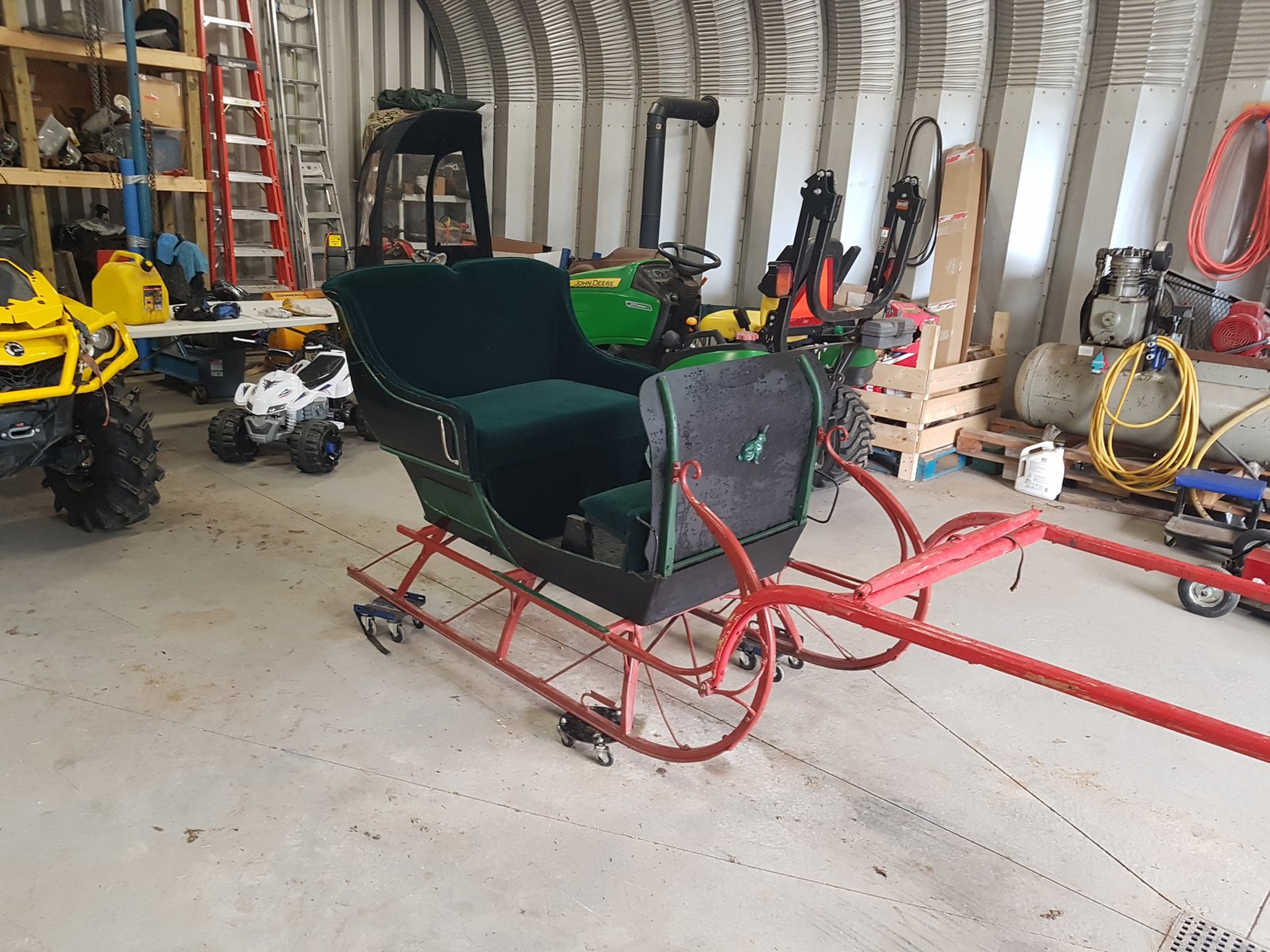 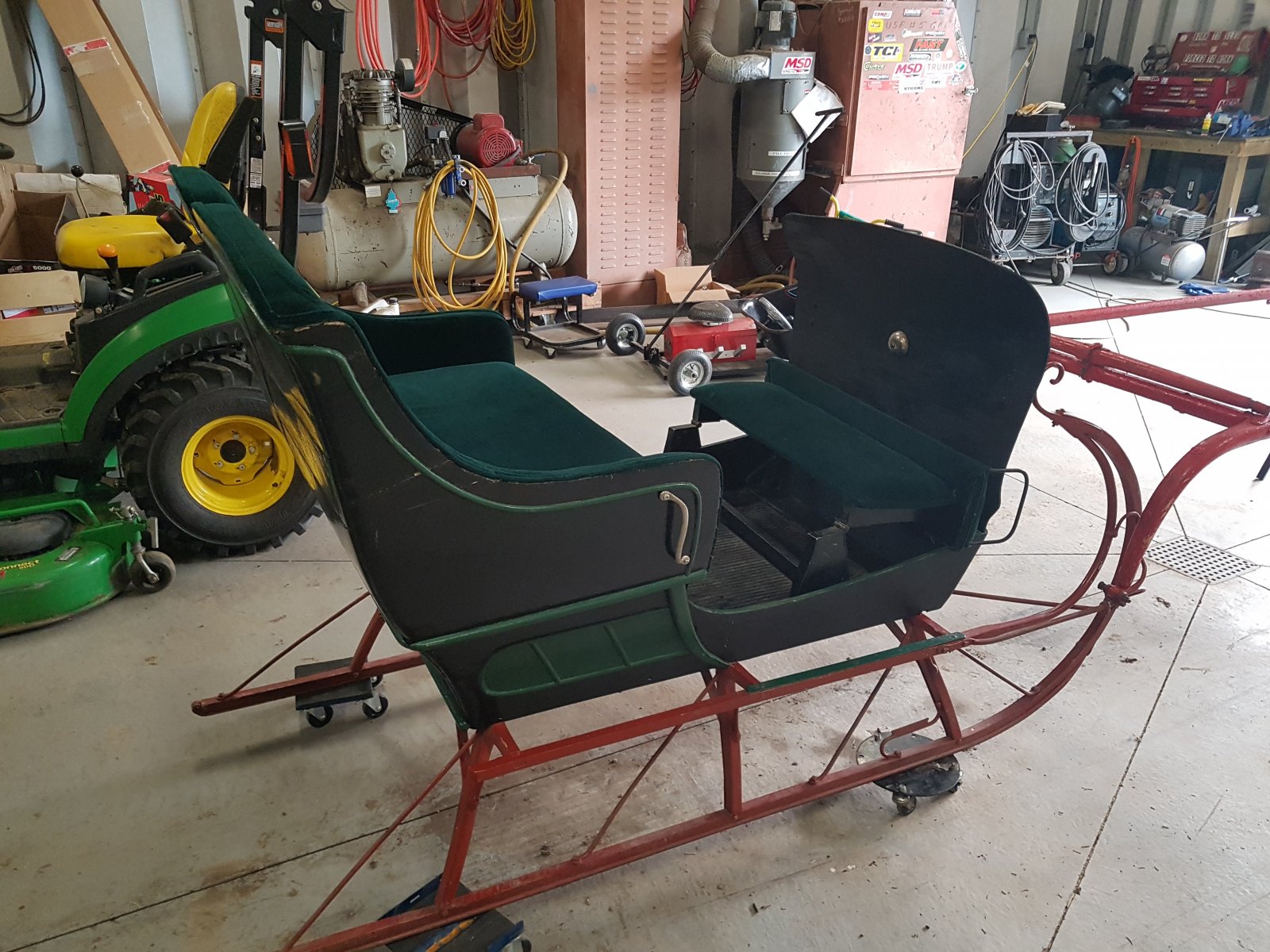 Drove down to Okotoks today and picked this up. Bought it off my Mom's Cousin. He says it's from the late 1800's

You going to paint it green ?
C

you sure that doesnt belong to santa? he must be goin electric sleigh

SHREK1 said:
You going to paint it green ?
Click to expand...

Probably keep her the same colors

Cableguy said:
you sure that doesnt belong to santa? he must be goin electric sleigh
Click to expand... 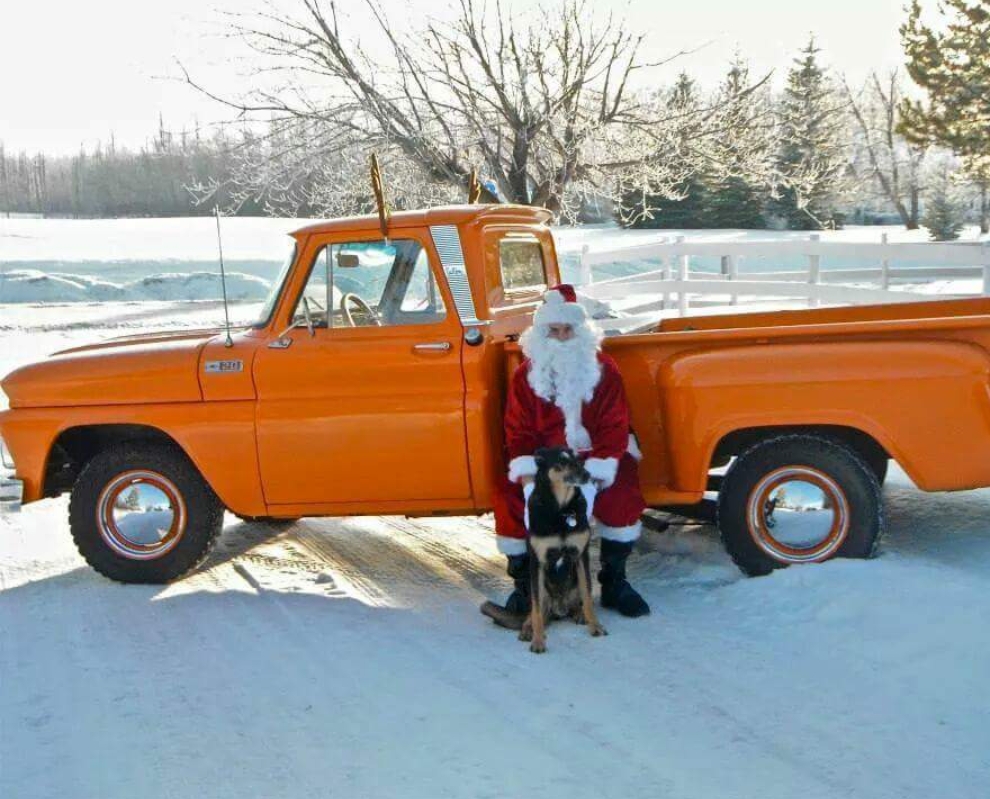 If i can convice my wife to drive the tractor with the sleigh in tow, I'll put my santa suit on

Bit of a mess for these folks, just east of Edson today 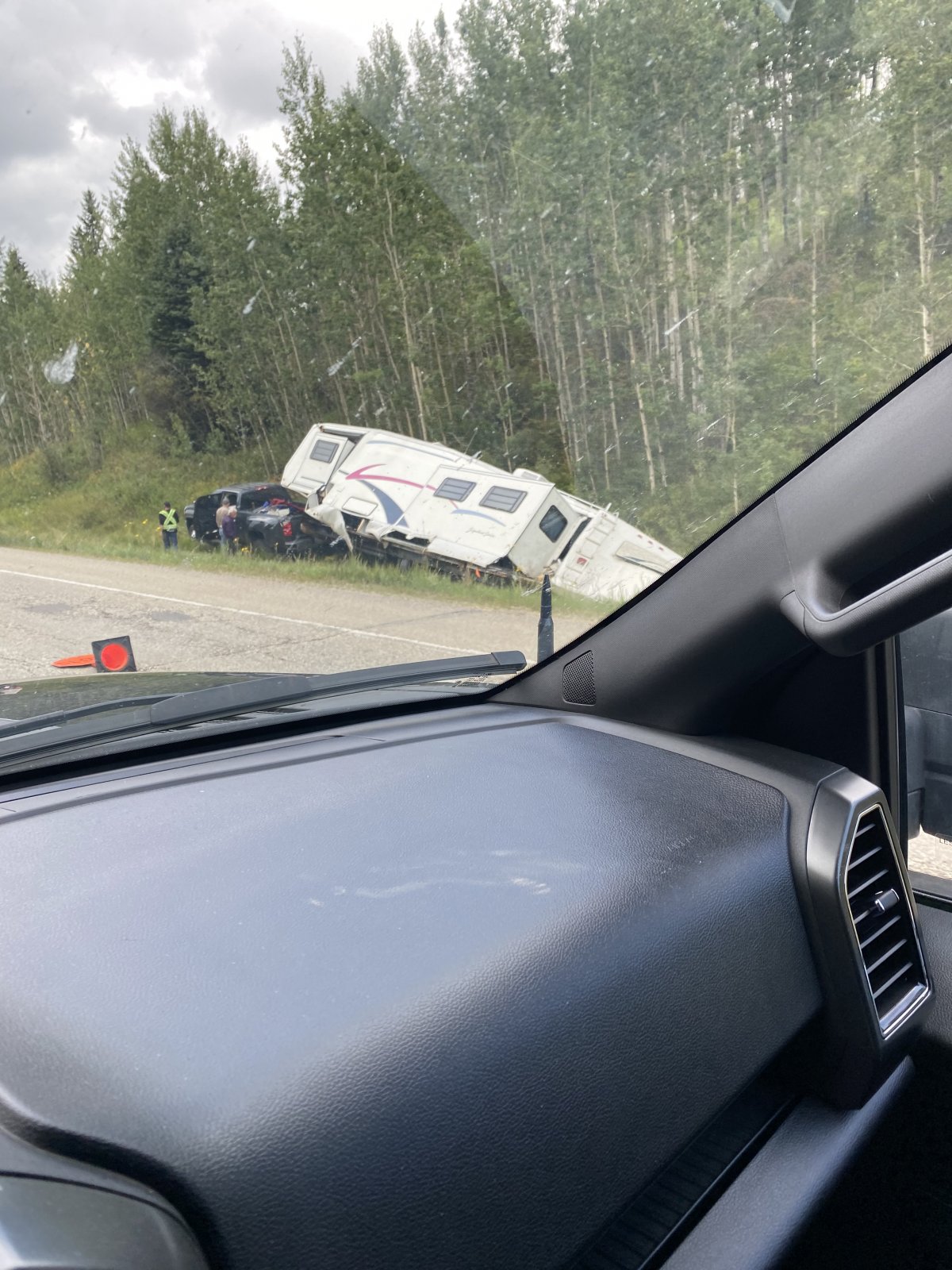 SHREK1 said:
Bit of a mess for these folks, just east of Edson today

Ouch wonder what happened, maybe a blown tire or two on one side? 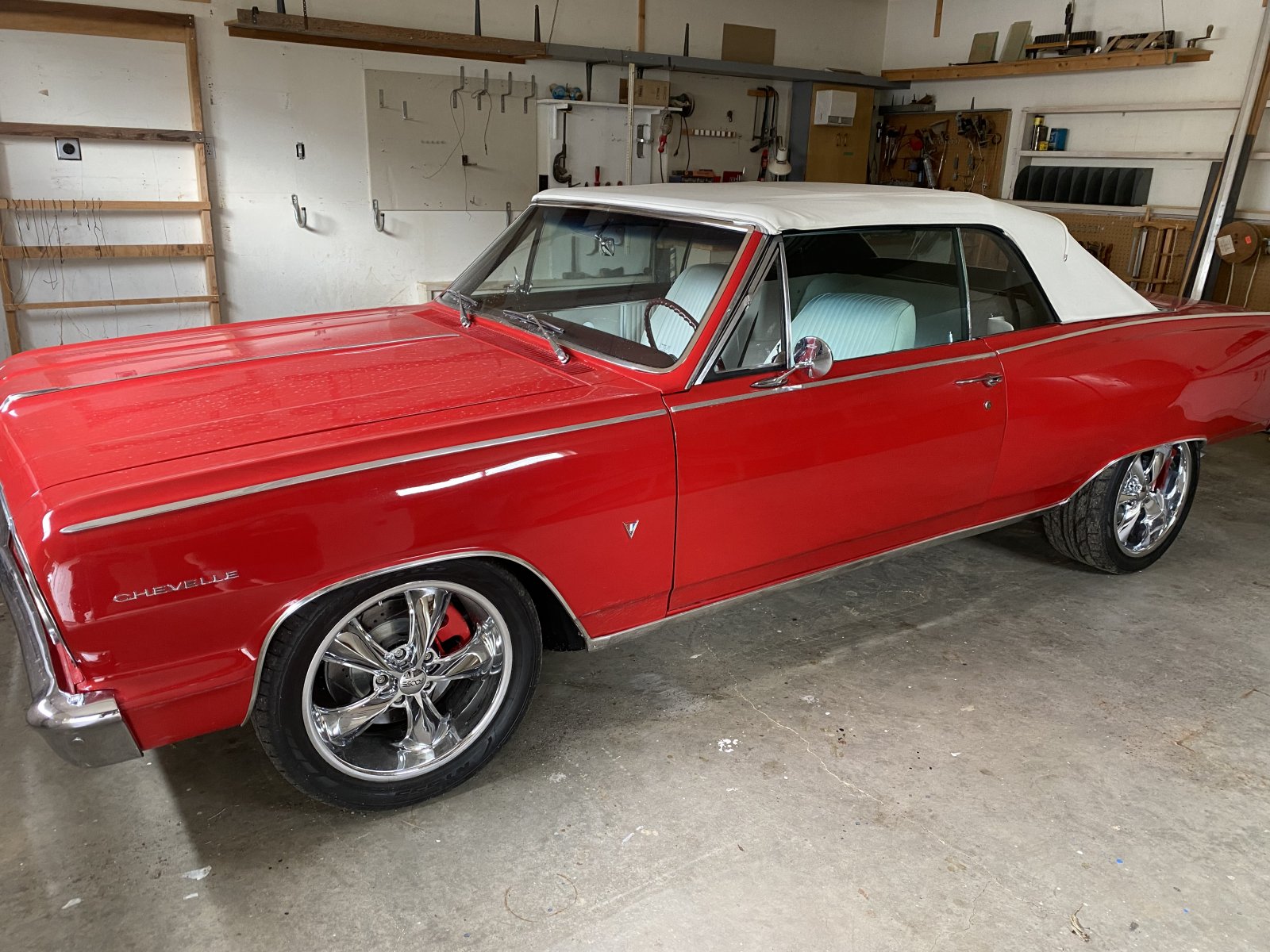 Was on a corner, looks like it just pulled him in, handled it well kept it up right. Would of been a puckered entry for sure 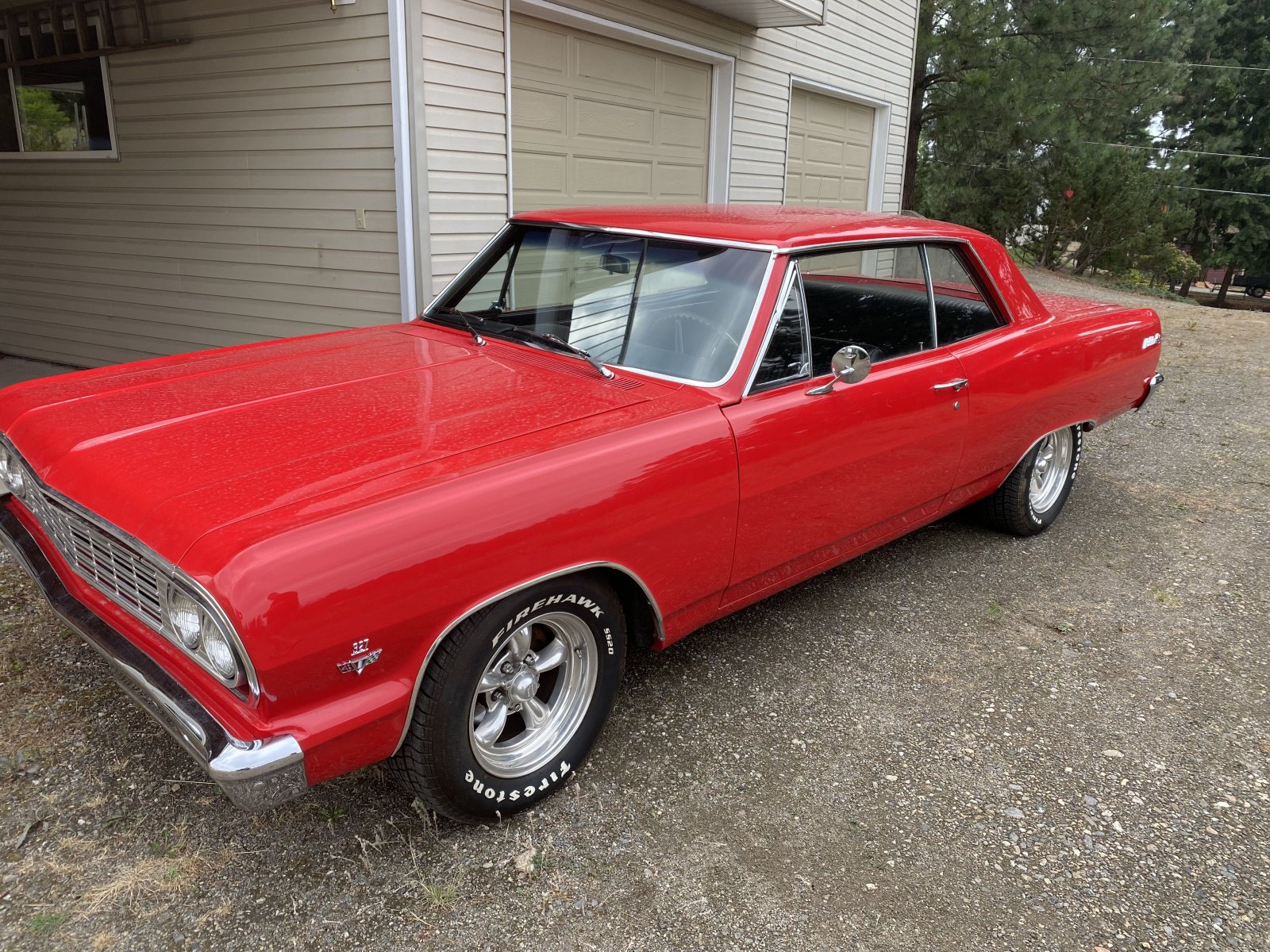 It has a friend 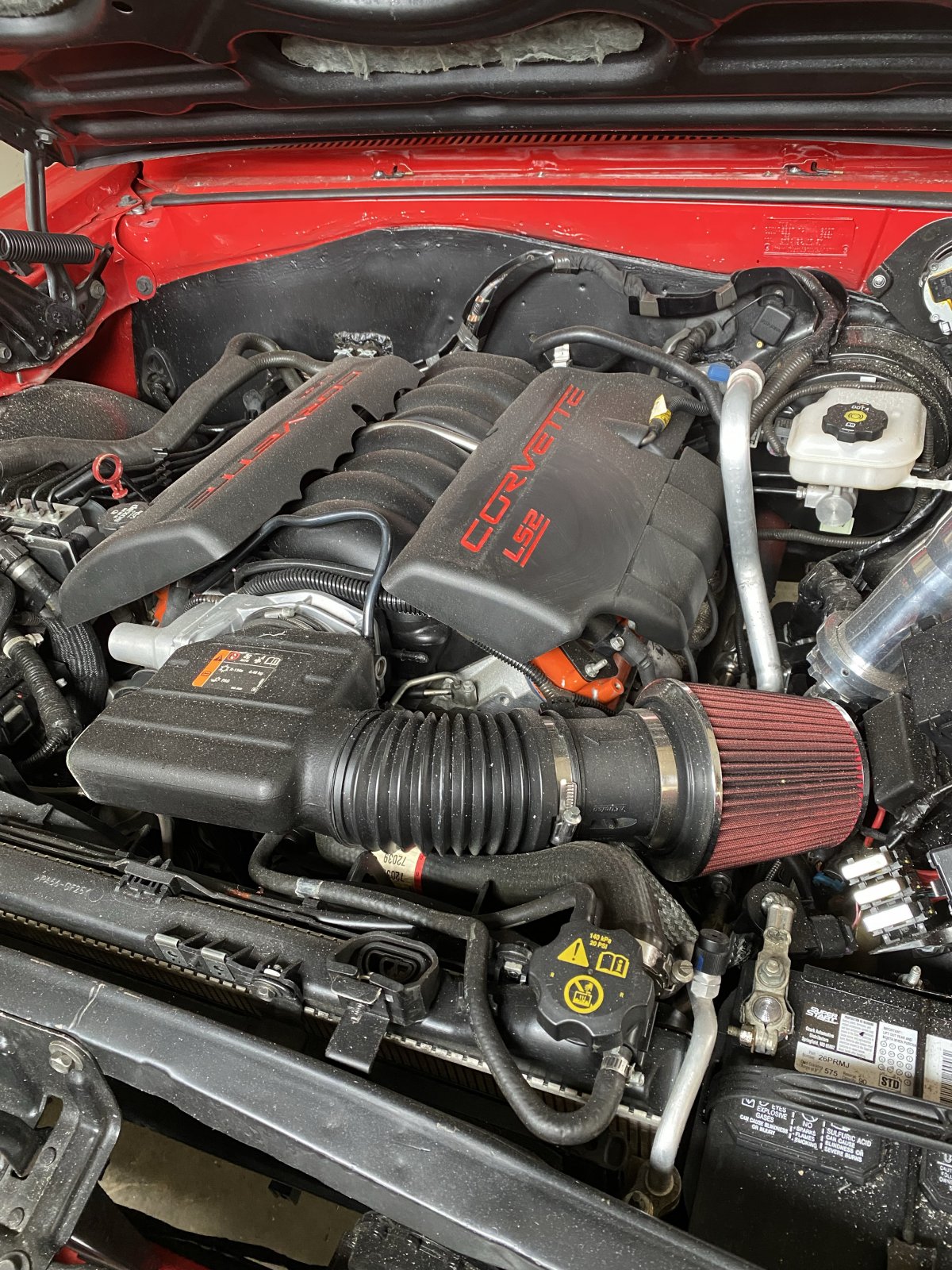