It seems these days you only see people posting negative reviews, so i figured I would post something positive for a change. So here is my experience with Specialty Motorsports.

This weekend I was in Valemount sledding while my wife was on a clinic with Stephanie Schwartz and Curtis Pawliuk (two folks who also deserve nothing short of fantastic reviews).

On the second day I the trip I blew the belt on the Specialty Syncrodrive on my '20 Hardcore as soon as I turned off the Clemina trail, mid pull up through a cut block. I had blown another belt a few rides prior while it Revy, and chalked this one up to improper belt deflection on my part. I figured I had it too tight, the pulleys heated up, and it blew. So we fired my spare belt on in about 15 minutes, tightened it to spec (7/16" as measured with a 7/16 socket) and went on with our day. I checked the deflection a couple times through the day, and all seemed good.

On the way back dish the trail at the end of the day I flew down the trail so I wasn't late meeting my wife after the clinic (I was, but that's because of a poor understanding of what time the clinic was going to be finished at). At about km 5 (just after the bridge) I started to throttle after taking the corner and boom... the belt blew again on the Syncrodrive.

So I sit there waiting for a couple minutes and wait for my group to catch up to me. Everybody has a good laugh, gets pictures, and videos, and we hook my sled up to the Yamaha Main Battle Tank (Nytro) that @RXN was borrowing after grenading the primary on his Mountain Cat the day before (and had choppered out while we were riding that day). My buddies helped me drag the sled up the ramp on to my deck with a chain puller (Huge thanks to all of them!), and we got on or way back to time.

I figured my weekend was done (my wife still had one more day on the clinic) because nobody in town was going to have a spare belt I could use to get me back on the snow. As a hail Mary, I made a post here, and on the Alberta Sledderz Facebook page looking for somebody nearby that has a belt they were willing to sell. I had no response that night outside of some constructive conversation with friends.

The next morning after dropping my wife off at Allan Creek for the clinic, I received a message on Facebook from Krista at Speciality Motorsports. She had reached out to some guys on my behalf that may have had a belt I could grab, albeit no answer. Wow... completely blew me away that she went to that effort to try and get me back on the snow that day. She unfortunately couldn't track one down, but it was the effort that really meant something to me.

Krista also asked me if I could drop my sled off so that they could check out out for me, and show me the proper way to set belt deflection. I was again blown away. I didn't even purchase the drive from them, it was installed on the sled already when I bought it prior to this season. I offered to do all the wrenching for them if they guys could just verify everything, so as not to interrupt their day. I also didn't really want to leave the sled behind since I live 4 hours outside of Spruce Grove, and my next sled trip I would be passing through rather late. That worked for them, so I would stop in on my way by the next day.

So yesterday on our way home, we pulled in to Specialty. I was greeted by Krista as soon as I walked in the door. She recognized me from the week prior when I picked up a spare belt (the only time I had ever met her) and asked me if I could drop my sled off for a little bit and go grab a coffee. She said Rob would check it out for me and we could go from there. As much as I like doing all the wrenching on my own sleds, I agreed.

So Rob met me outside the shop door and helped me pull the machine of my deck. We chatted for a bit about what was happening, and sledding in general. He grabbed my phone number, and let me know he would call me when he was done. I took my wife and daughter across town to get something to eat, and 45 minutes later we drove back over to Specialty to see how they were making out.

As we pulled back up to the shop my phone rang. It was Rob. He discovered that the jackshaft bearing was shot and that was the cause of my belt failures. He replaced the bearing, the upper pulley and has everything back together. I let him know that I had just pulled in. He pulled my sled out of the shop, went for a quick rip through what little snow was left, and then showed me the proper belt deflection on the drive. Pretty much exactly how I had set it both times prior, but good confirmation.

Then we went back inside, chatted some more, and he showed me the issues with the pulley and the bearing, and recommended some additional regular maintenance that would help prevent future issues. We went in to the office and Bryce (who I met previously here on S&M and rode with a few years back) was already writing up the invoice. Rob told him to just charge me for the belt and the bearing. I couldn't believe it... I was fully ready to pay for his time and whatever it took to fix the issue. I thanked him, and he let me know that Krista put my name down to give me a shout when they got more belts in stock so I could grab a spare.

I can't tell you how overwhelmingly amazing the folks at Speciality Motorsports are. They went completely above and beyond at every step. It was completely unexpected, and incredibly appreciated. I can't thank these guys enough. I wouldn't hesitate to recommend them to anyone needing performance parts, repairs, or service for any of their powersports toys! 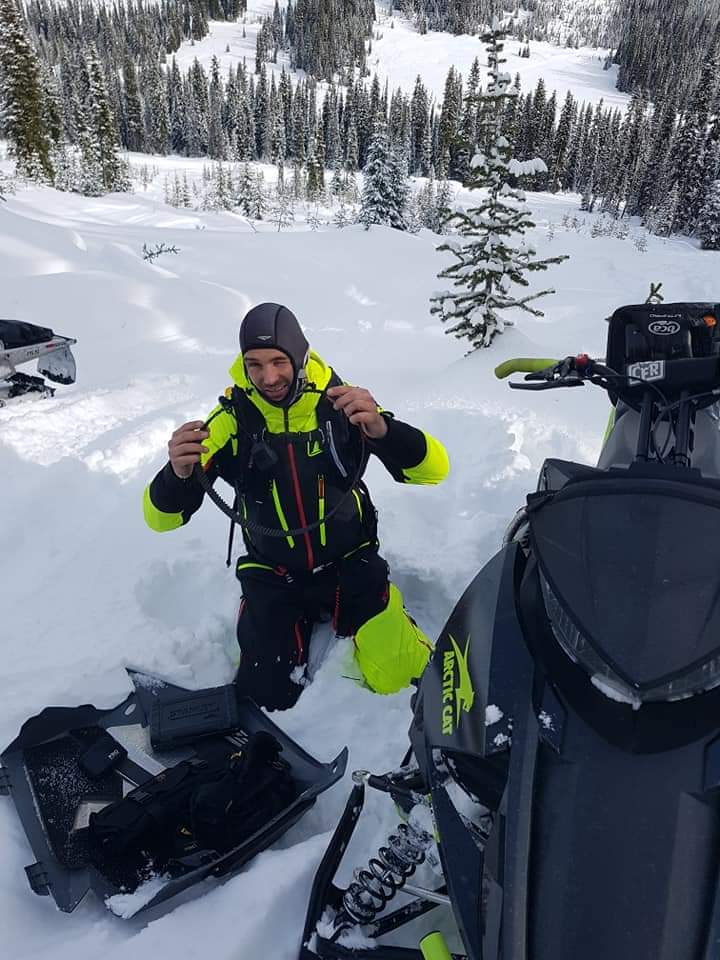 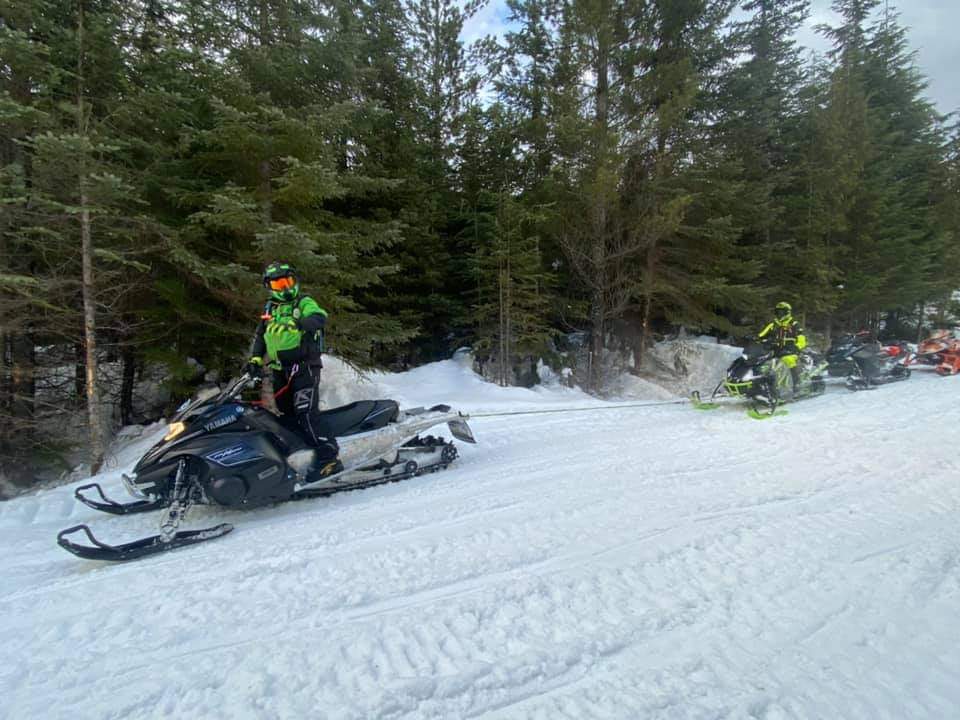 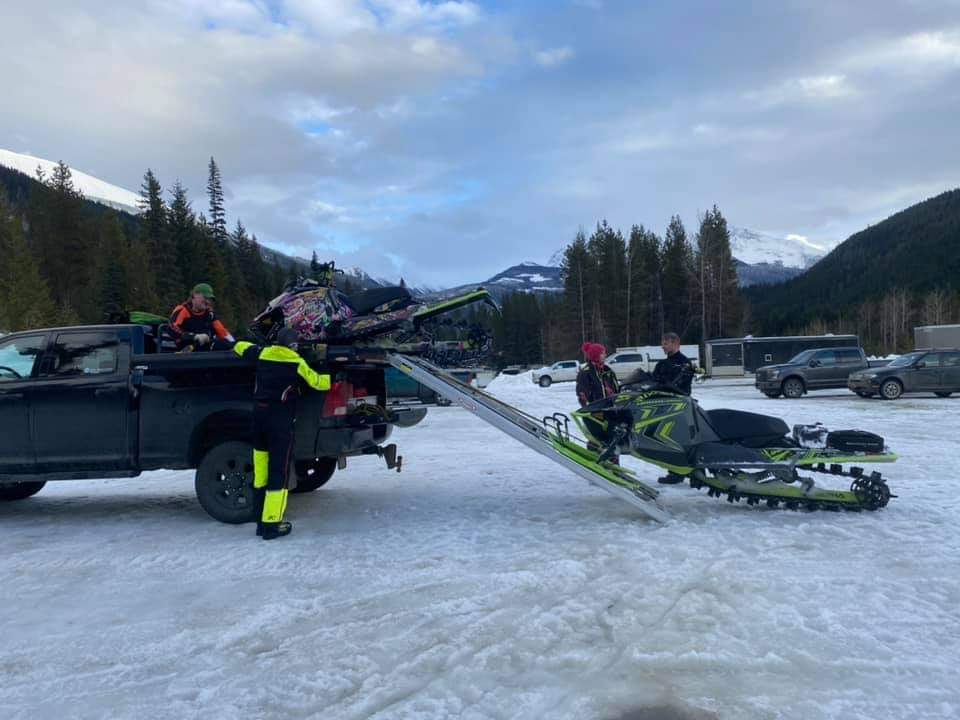 What a great right up and so nice to hear !!!
Good Job Speciality Motorsports!!

Been going there for all my sledding needs and your post doesn’t surprise me a bit, great people and I always thought when you walk into a business and they great you by your first name and make you feel more like friends than a customer, what more can you ask for , great service , yup it’s there too!

Yes I have dealt with Krista and Rob on my quads and they are great to deal with.

Here is my question. Why are your bearings shot on a new sled?

Longhairfreak said:
Here is my question. Why are you blowing belts?
Click to expand...

Sorry Ron but Specialty will probably quit paying you to advertise on your website. A post like this does more,for free, than any amount of paid advertising ever will.

The bearings go because you have to tighten the belt so much that it won't slip. This in turn loads the bottom side of the bearings.

Even stupid trolling posts from someone like lhf keep bringing the thread back to the top.

Longhairfreak said:
Here is my question. Why are your bearings shot on a new sled?
Click to expand...

Can't say for sure. Maybe a bad bearing from the factory? The first belt blew at ~1800km.

Mike270412 said:
Even stupid trolling posts from someone like lhf keep bringing the thread back to the top.
Click to expand...

It is very important that the people get the facts.

Longhairfreak said:
The bearings go because you have to tighten the belt so much that it won't slip. This in turn loads the bottom side of the bearings.
Click to expand...

Is it that much force on the bearing though? I literally turned the adjuster bolt using my 13mm wrench like a screwdriver to hit the recommended deflection.

The static load capacity of a 2206 bearing is 4.64kN. doesn't seem to me that there is that much load on these bearings? Could be wrong though.
S

Ive had bad bearings on new $50000 electric motors.. its all about what the factory is willing to let out the door. Generators same... lowest bidder scenario wins again.
G

Dawizman said:
Can't say for sure. Maybe a bad bearing from the factory? The first belt blew at ~1800km.
Click to expand...

When the belt drive was installed did you pop the inside seals off the bearings and pack them full of grease? I had the same issue on my pro even after packing them with grease, they were cheap oem brgs like you said.

gedakbx said:
When the belt drive was installed did you pop the inside seals off the bearings and pack them full of grease? I had the same issue on my pro even after packing them with grease, they were cheap oem brgs like you said.
Click to expand...

Specialty installed the drive for the previous owner when the sled was brand new. I am under the impression that it came with a new bearing. Rob's recommendation to me was to grease that bearing more regularly. I'm good with that if it keeps me going. I love the gains the kit provides.

Have heard nothing but great things about the new owners at specialty. Awesome to hear!

I’ve been going to specialty for quite some time now too for all my aftermarket parts, gear, ect. Great people to deal with that take the time to ensure you get what you want/need. Not just trying to make a sale and get you out the door. Wish there was more businesses like this, we need to support the ones that really care so they stay in business

Dawizman said:
Specialty installed the drive for the previous owner when the sled was brand new. I am under the impression that it came with a new bearing. Rob's recommendation to me was to grease that bearing more regularly. I'm good with that if it keeps me going. I love the gains the kit provides.
Click to expand...

Out of curiosity, was it the mitsuboshi belts you were breaking or the Gates?

towerrigger said:
Out of curiosity, was it the mitsuboshi belts you were breaking or the Gates?
Click to expand...

All three were Mitsubishi
You must log in or register to reply here.
New posts

Source Innovations shutting down in May.