Seeing the lefties in the states protesting hillarys loss and effectively protesting democracy, I have a bad feeling Canada will taking in a bunch more left wing kooks.

fredw said:
the wood pile does not need to be very full, we have been using a gas well that was abandoned a decade ago and will probally last longer than I will be around.. Don't take a lot of wood to heat the home/shop with good insulation
Click to expand... 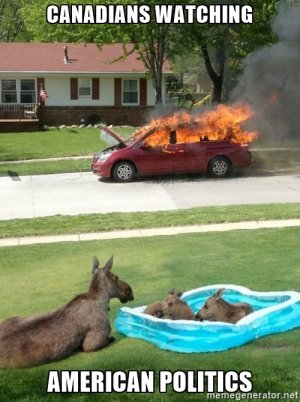 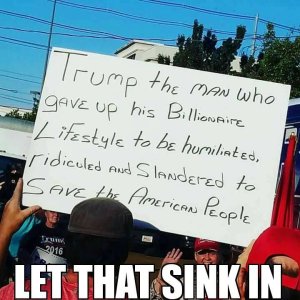 second day, More protests..... cant recall that ever happening after an election, truly a country divided, and they seem bitter ! think he better wear kevlar underwear.

Dave your part of the problem, your a deplorable who wants this sh!t, I'm not.. he's the worst candidate that country had ever had bar none..

You know on the other thread where you claimed to not need oil and gas because
You have migrated your way to the top of the DOLT list.
Click to expand...

fredw said:
Dave your part of the problem, your a deplorable who wants this sh!t, I'm not.. he's the worst candidate that country had ever had bar none..
Click to expand...

No. That would be Hitlery, followed closely by Obama. And yes, I'm a deplorable. You are too, you just have your head so far up your own butt you don't know it. FYI: the deplorable "part of the problem" people are the ones NOT protesting because they are too busy with JOBS paying TAXES so the dum dums don't have to.

Long and short time will tell, there's always been protests of some description. Let's face it and we've seen it here, ya can't please all the people all the time..
Maybe somebody should delete Trumps tweet acct, he's got bigger fish to fry...
Maybe Trump and Obama should call a joint press conference saying the sky is not falling just things will change as it did 8 years ago...

I'd tend to blame the media for "stoking the fire"...

media media its funny how many people listen and fall into the medias CRAP !!
L

Well I think it's a good thing for the U.S., the toilet that was American government needed to be flushed, and all electing Hillary and the trough fed democrats would have done is cause the buffet line to continue and the elite to flourish , status quo, and a continuous backward slide. I don't think I'd like trump, but I think this is the best thing that has happened to American politics in a long long time. He's got a lot to learn and will make a lot of mistakes, but they'll be mistakes that are made while trying to make things better for Americans , not just the rich ones who were responsible for paying enough to insure his victory. That's a huge change in the system, he won't have a lineup of 100 rich a$$es to kiss on his first day. And the media, what a terrific result that is, totally exposed what a corrupt manipulative bunch of BS spewing ,agenda wielding morons, that's gonna change, immediately. In any corporation, when the top guy changes , and not the expected successor, every position all the way top to bottom gets scrutinized by new eyes, and their value and contribution and their motives, what a wonderful opportunity. Trumps gonna do fine, warts and all, and America will be better for it. But every time he even farts in public or looks at a beautiful woman , the real deplorables, the ones who,wanted continuity just so they could continue at the trough, they're gonna scream and point and rant , cause they are basically shallow whiny tits who are scared change is gonna eliminate them, and their useless involvement , and they wanna say I told you so.
L

And our problem won't be Trump, it'll be the fact that our representative at the negotiating table is the prancing pony dip$hit that we put in our top chair, he's so phukked when it comes to deal making with Trump.

LennyR said:
And our problem won't be Trump, it'll be the fact that our representative at the negotiating table is the prancing pony dip$hit that we put in our top chair, he's so phukked when it comes to deal making with Trump.
Click to expand...

When do We see a JT Trump selfie ?

When ever i see protests , be it occupy/ BLM /natives @ pipelines/trump bashers etc etc ,I am a frickin happy camper !!
It means someone in a position of authority, did some good and has some balls......
L

We have 60 days left with this muslim Obama. He has taken us so close to world war it is not funny. It will be such a relief to have Putin and Trump working together. And as far as I am concerned we deserve every thing we get, by putting in unqualified people into positions they have no business being in. This trend ....everyone is the same... has to stop.
B

I wonder how the rest of the football year will go. Wonder if they are scared. finally someone with more money in a position of power not trying to fuel the fires. 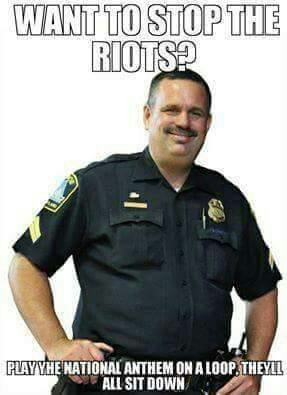 Only thing dividing this nation was people saying it was divided. Not saying there aren't racists out there along with extremists sexists perverts liars hipocrates demlusionalists you name it. We need to put a stop to all of them not encourage them. Hence the word "unite" Kilary/Oboma tried to take America down and the people finally stood up to it. So nice to not have someone who is Rep or Demo running the country. Common sence will prevail for a few more years!